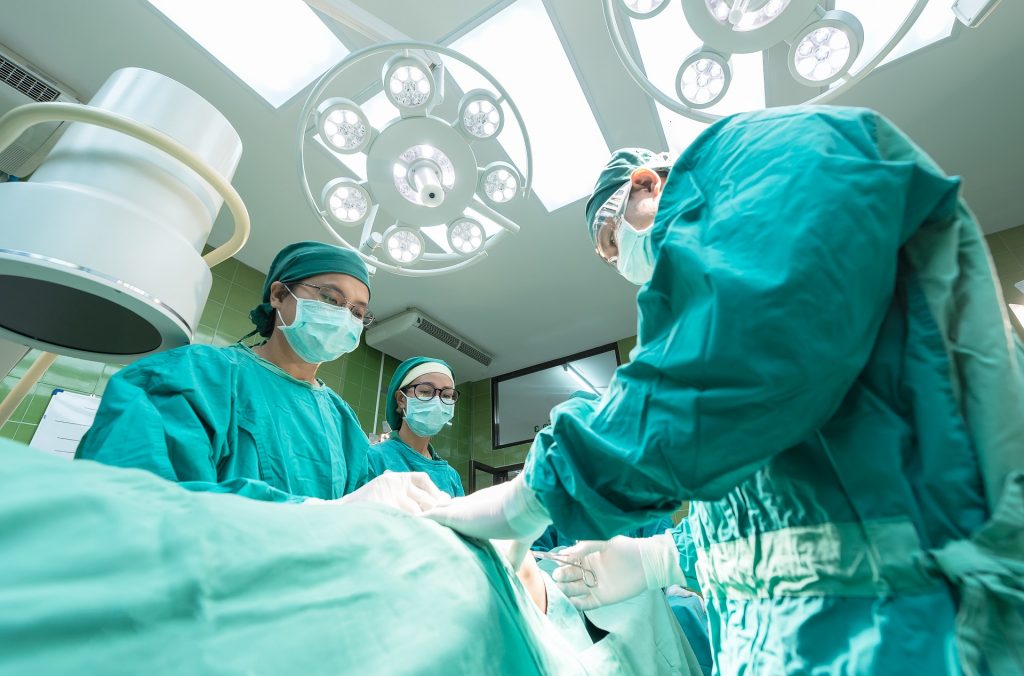 Having been involved in the physio and rehab sphere for around 10 years now, I feel confident in providing the best possible care for those recovering from an ACL injury, whether conservatively or surgically managed. Despite this, it is always amazing to hear experts in their field talk on the matter.

The hugely knowledgeable and relatable minds of Mick Hughes and Randall Cooper have produced an ACL Injury and Rehab Masterclass which I found both interesting and clarifying. They raised several key points to the pre-op and post-operative periods of management that play a large role in the outcome of the procedure. One in particular, is worth sharing and may assist in the preparation for this increasingly common surgery.

You have control over your graft!

“Which type of graft do I use??” is one of the most common questions we get in the lead up to surgery, and one that is often replied with an off the cuff “whatever your surgeon thinks.” But this decision can be an informed one.

Your most common options are:

This is more common in Australia than anywhere else in the world and is one of the most successful in regards to long term outcomes. The semi-tendinosis (one of the medial hamstrings) is harvested, folded back on itself 3-4 times then bound. This type of graft requires the tendon tissue to graft into the bony tunnel of the femur and tibia. It has been found that re-rupture rates are higher when compared to BPTB graft (see below) and there is loss of hamstring size – which can be detrimental to some elite sportsman like sprinters. Surgery time is however quicker which means less time under anaesthetic. The angle of the graft and ideal tunnel placement are being researched in Australia to further refine this technique.

This is common worldwide and hosts one of the highest success rates. Due to the bony plug-ends of the graft, this allows the homogenous growth of bone into bone and hence, a potentially stronger graft. The draw back is anterior knee pain, increased risk of degenerative changes to the anterior knee joint and the reduced output of the quadriceps. It is widely used in professional sport but is generally is not recommended for athletes under 18. 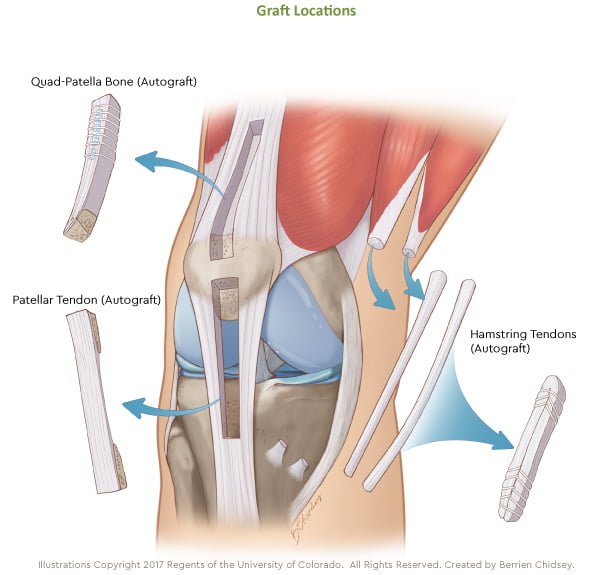 This is a compromise between the above stated grafts, with one bone end and one tendon end. This is more recent in its application so has not had the amount of research as the hamstring or BPTB, but everything seems to pointing to this being a comparable graft.

This is a tendon (usually hamstring) donated by someone, like a family member, or a tendon (usually Achilles) from a cadaver. Whilst the outcomes are slightly poorer than the other types of graft, they are still a viable option. This kind of surgery would be suggested if you don’t have a good enough graft available or couldn’t afford to lose the harvested tendon. Allografts are typically offered for a repeat reconstruction. This type surgery obviously brings in the complication of foreign tissue being accepted by the person immune system, and hence, may heal differently due to this.

The most commonly used synthetic ligament was the LARS ligament which has come in and out of phase over the last 30 years and is now wildly regarded as something you shouldn’t consider. It has profound risks of joint damage and re-rupture. This is normally only considered as a revision surgery.

So given that there are options, it is best to talk to your physio, GP and surgeon and get their opinion, before making up your own mind on the kind of graft you want. Surgeons may be more finessed in certain techniques which is also a factor in making a decision. At the end of the day, it is your knee and we encourage you to research your options.